There are plenty of discussions about which type of bust is approaching, so far we had 10Ys of money printing aka QE, but inflation is barely up, except asset inflation what is typical in deflationary environment especially when bond prices keep raising.

Let’s get back to key chart :

Based on this … Inflation can only be achieved after full deflationary deleverage. The key point to have massive inflation is demand >> supply. Deflation keeps cleaning excess capacity which is also a typical for disinflationary period. We built supply >>demand the same time stock market boom does a wealth transfer to top 10% now I think even 1-2%. Real wages of the bottom 90% now are on the same level in the USA as they were in late 90s. Each crisis in disinflationary period shrinking middle class and its wealth until they can’t afford on anything.

Inflation can only be achieved if middle class is present, on the above chart it’s a period of 1940-1980 (Kondratieff spring and summer period). Hard deflation rebuilds middle class, it slashes wealth from top 10% and distribute it to the bottom 90% – what Central Banks trying to avoid at any cost giving you 1200$ for a month or two. The damage created by 40Ys of the cycle, really can’t be unloaded with couple of checks. Last time strong inflation happened in late 1980, so looking at Kondratieff chart after deflation we have around 40Ys to reach extreme inflation, at least that was the time after previous QE/ZIRP bust. Yes stimulus by QE was also a solution to get out from 1921 financial crisis. FED made mistake in those times, now external shock forced economy to meltdown. Not big difference. Levels of debt matters nothing else. 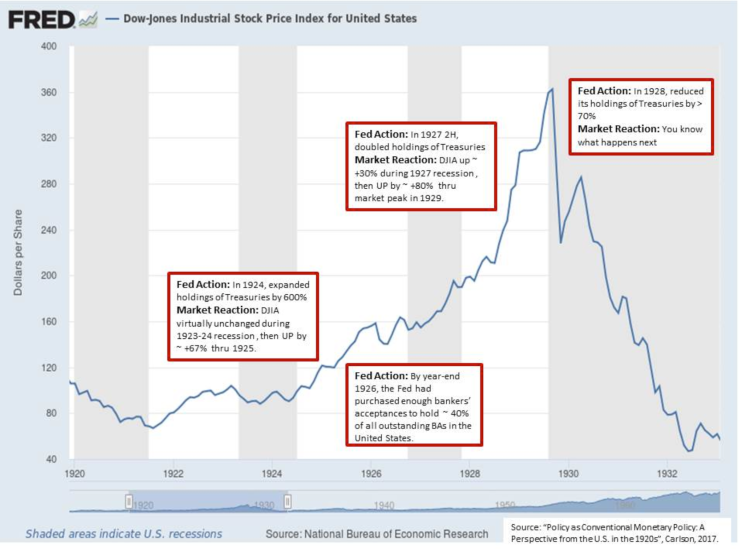 Built overcapacity during disinflationary period forced companies to operate on super low margins, so fragile on any shock which always comes with small concentration of wealth on the top like FANG. The shock must first take those low margin companies down and won’t be different this time, another time middle class will pay the price.

and finally big unemployment spike (12Ys of jobs up wiped out in 1 month down).

Puzzle to puzzle we’ll create fundamentals for a next step – raising inflation and equality process forcing unemployed to start working in a new branch of economy created after the bust, which is dedicated to kill inflation after some time. What it will be? I have no idea. In late 1980s it was lean car manufacturing and raising efficiency of combustion engines. Effect – low displacement cars with low oil consumption.

Looking at inflation peak which was around 1980, look how distribution of income was looking like on above chart. Top 1% – 7%, bottom 90% – 30-35%. Hard to admit, but since Nixon did a trick with gold in 1971, bottom 90% got wealthier and top 10% got poorer. The situation have changed in late 1980s where we see Autumn Kondratieff started.

To have a typical inflationary environment you have to have rebuilt middle class wealth, and only way to do it is a global depression, which also removes excess capacity and clear its way to new equation  demand >> supply when finally middle class is rebuilt and new branch of economy is created so unemployed can be absorbed to this branch and fight inflation in a productive way.

Last depression from 1929 showed also big inequality gap was a key reason of a depression not inflation, today we have same level of inequality.

Today middle class was so absorbed in deflationary branch of economy we moved the economy needle to the deflationary extreme. Too much of everything (deflation/capitalism). This needle will go slowly to the opposite site towards shortages of everything (inflation/socialism).

Velocity of money must go to infinity and beyond to sustain hyperinflation thesis, but if middle class has ZERO wealth, do you really think top 1% will be spending lifting up the whole economy buying 3rd yacht? I don’t think so :

To have an inflation you should have stable high velocity at around 1.7 here or even higher. Late 90s we saw last moment when middle class started it’s final run towards  financial ruin, thanks to Federal Reserve or better say because of a typical economy cycle. That was a moment when wealth started to be distributed in a typical disinflationary way – to top 10% supporting slowly transition from productivity and investing in people, to unproductivity, financial engineering and doing nothing till the moment even people won’t be needed in those companies.

Chart below shows clearly a moment when employees started to be worth below their value or rather as not much needed slaves :

I can print T$$$ in a QQE (have in mind 90% of this money goes to top 1-2%), but supporting excess capacity doesn’t make sense to support inflation, it supports deflationary forces. Despite so many people calling QQE inflationary in reality the more QQE the higher the deflationary bust, as QQE only supports supply side, while demand is limited. Maybe a little different it looks if we take a deeper look at Emerging Markets currencies, but that’s a different story for a different article.

We saw negative prices of oil a moment ago. We have too much supply of commodities and limited demand, thanks to QQE. Milk, Copper, Oil and now 22Ms people are out of labor so fast, that might be really hard to ask them to consume the supply side so much stimulated by Central Banks. I can’t find a greatest example of its stupidity as infrastructure spending or ghost towns in China, and also during last Depression they were doing it trying to rescue the economy :

Just like milk below… All those programs in 1929-1930 were boosting only supply side, while demand collapsed to zero, due to lack of middle class. Inventories skyrocketed demand for consumption dried up.

I know it’s not political to allow 30% unemployment to start with riots on the street, but sustaining it’ll only make things worse, which will lead to higher unemployment and more powerful riots.

You are a bank and have 5 friends. You printed T$ of monopoly money and gave to your 5 friends, when economy is 1M people. Your 5 friends can fire even all working people and finally shut down their companies and retire, at the end congratulation you just promoted doing nothing, but for sure you did not boosted inflation giving money to 5 friends.

Good example of inflationary environment is Venezuela. They matched all conditions :

Central Banks are just passive narrators of the economy cycles. They can’t change cycles, they are just being gamed by them, doing things which will lead to cycle changes, but their chronology will be unchanged.